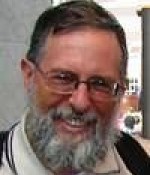 Until his recent retirement, Avraham (Avie) Walfish taught Talmud and Jewish Thought at the Herzog College in Alon Shvut, and headed the M.Ed. program in teaching Talmud and Jewish Thought in Michlala College in Jerusalem.  At Yeshiva University he completed his B.A. in philosophy, while studying Talmud with Rav Aharon Lichtenstein and Rabbi Joseph B. Soloveichik. After making aliyah, he received his rabbinic ordination from R. Zalman Nehemiah Goldberg and completed his M.A. and Ph.D. at Hebrew University, writing his dissertation on literary features of Mishnah. He has taught and lectured in many frameworks in Israel and abroad, including Pardes Institute, Bar Ilan University, and Drisha. His extensive publications in different areas of Jewish studies include the Iyun Mishnah website and a recently published commentary on Mishnah Berakhot, Mishnaic Tapestries. In 2005 he was awarded the Prize of the Israeli Minister of Education for creative work in Jewish culture.

Click here to return to the Faculty and Administration page.