Exploring Rabbi Sacks on the Universal and the Particular

Rabbi Sacks was at the same time a member of a particular community – an Orthodox Rabbi – and a respected public intellectual in the world at large. He was as comfortable in conversation with the Rabbis of old as he was with the philosophers, psychologists, economists, and scientists of today. In this class, we will explore two major themes in the writings of Rabbi Sacks, and discover how they both tie in to the broader theme of universalism and particularism: the conversation between the world at large and the community to which we belong. The first theme we’ll explore is Rabbi Sacks’ distinction between Torah and Wisdom and what the difference was supposed to be. The second theme we’ll explore is his surprisingly trenchant attack on Enlightenment. Together, we’ll discover that both of these themes help to explain what made Rabbi Sacks such a compelling ambassador to the world at large for a particular people and a particular faith.

This class is part of an evening series open to the public in association with Drisha’s Summer Kollel. 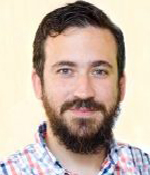 Rabbi Dr. Samuel Lebens is a philosopher at the university of Haifa and adjunct faculty at Drisha. His first book is about Bertrand Russell and the philosophy of language. His second book, The Principles of Judaism (forthcoming with Oxford University Press) is a contemporary exploration of the philosophical underpinnings of the Jewish faith. He is also co-founder of the Association for the Philosophy of Judaism (personal website: www.samlebens.com). Click here to access podcasts recorded by Sam Lebens.