Tasting the Tanakh: On the Role of Food in Biblical Narratives


What do Biblical narratives look like when approached from the perspective of food? Could there be a unified theory of eating in Tanakh, or are there as many meanings to Biblical food as there are flavours in the palate? Join us as stories from the garden of Eden to manna in the desert reveal surprising new dimensions. 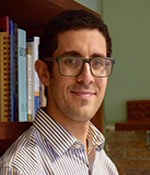