The Origins of Academic Jewish Studies


The origins of modern academic Jewish Studies lie in the enterprise of “Hokhmat Yisrael” (or: Wissenschaft des Judentums), which flourished in the 19th century in various intellectual centers across Europe. This course aims to distinguish between traditional and critical approaches to Jewish Studies in various fields and to explore the historical and ideological circumstances surrounding the development of “Hokhmat Yisrael” and the institutions in which it thrived.

Session Details:
#1-2:  Introduction: Defining "Wissenschaft des Judenthums" / "Khohmat Yisrael", differences between traditional learning and critical scholarship, the historical and ideological context, institutions and publications, some retrospect.
#3: Time:  The Conception of Oral Law
#4-5: Variety: The discovery of the Apocrypha, the dilemma of the translations, the schools of Rabbi Akiva and Rabbi Ishmael, the Mishnah and Tosefta.
#6: Context:  The Hellenistic and Persian Background of Rabbinic Literature
#7: Skepticism: Peshuto shel Mikrah, the Mishnah’s Plain Sense. 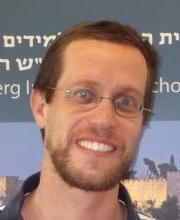 Chanan Gafni Studied at the Mir Yeshiva in Jerusalem, while earning his academic degrees from the Hebrew University of Jerusalem (MA) and Harvard University (PhD). He currently teaches at Hebrew University and Ben Gurion University. His publications include of The Mishnah's Plain Sense (2011), and most recently: Conceptions of the Oral Law in Modern Jewish Scholarship (2019).