Halakah, Religion, and the State


The relationship between religion and state has come under renewed scrutiny in contemporary American political conversation.  In Israel too this issue continues to be hotly debated, touching as it does on fundamental questions as to the nature of halakhah, Judaism, and the Jewish State.

June 7 – Halakhah in the Shadow of the Modern State – Yonatan Brafman
The rise of the modern state demanded the reconfiguration of central aspects of Jewish life, including community, law, and identity. This lecture will first delineate the two major ways halakhah was reconceived so as to fit within this paradigm: as private religion within a secular state or as established law for a Jewish state. Then, an underappreciated alternative in which Jewish law is recognized as public but not established by the state will be explored and its potential for contemporary community and politics discussed.

June 14 – Separation of Church and State in the Jewish, Islamic, and American Traditions – Shlomo Pill
As the United States continues to move towards greater separation between religion and state in some respects while promoting a greater role for religious voices in political and legal processes in other respects, questions about the proper relationship between religion and the state loom large. Both Judaism and Islam are all-encompassing normative traditions; in addition to regulating “ritual” matters, they also prescribe correct conduct in the more mundane spheres of private and public interpersonal relations. While both of these traditions are often thought of as necessitating some form of theocratic government, however, both have historically maintained a relatively strict separation of religious and political authority. In both Jewish and Islamic practice, moreover, this separation of church and state encouraged moderation and accountability in political and religious affairs, leading to better religious doctrine and better state law and policy. As we grapple with these questions in this country, the examples of Jewish and Islamic law and practice offer helpful examples of what models of religion-state relations produce what kind of results in both the religious and political spheres.

June 21 – The Modern State in the Eyes of Halakhah – Adina Levine
The interaction between the American and Rabbinic legal systems has resulted in not only the American code grappling with how to handle halakhah, but also in the development of a discrete corpus on the rabbinic view of the American legal system and the authority of the modern state. In this session, we will analyze contemporary applications of the halakhic concepts of Mesirah and Dina d’Malchuta Dina, exploring the varying ways in which Jewish law views the American legal court system, and ask whether those views are justified, in terms of both history as well as contemporary jurisprudence.

Separation of Church and State in the Jewish, Islamic, and American Traditions - 06/14/2017 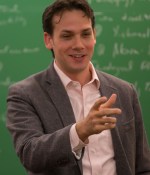 Yonatan Brafman is assistant professor of Jewish Thought and Ethics and the director of the MA Program in Jewish Ethics at the Jewish Theological Seminary of America as well as a visiting research scholar at Princeton University. His research focuses on the intersection of Jewish thought, Jewish law, and contemporary moral and legal philosophy. He also studies the implications of religious practice for critical social theory and praxis. He has published or has forthcoming articles on these topics in the Journal of Religious Ethics, Diné Israel, Jewish Studies Quarterly, Journal of Jewish Ethics, and Journal of Religion and Violence. He is coeditor, with Leora Batnitzky, of an anthology titled Jewish Legal Theories: Writings on State, Religion, and Morality (Brandeis). He is currently working on a manuscript entitled Critique of Halakhic Reason: From Divine Norms to Social Normativity (Indiana). He holds a PhD in Philosophy of Religion and Jewish Thought from the Department of Religion at Columbia University, where he also received his BA, MA, and MPhil. 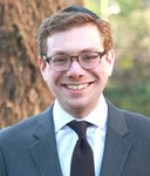 Shlomo C. Pill teaches in the Drisha Kollel. He is the founding Director of The Institute for Jewish Muslim Action. He is a Senior Fellow and Post-Doctoral Fellow in Law and Religion at The Center for the Study of Law and Religion at Emory University, as well as an Instructor in Emory College’s Middle Eastern Studies Department and the TAM Institute for Jewish Studies where he teaches courses on Jewish and Islamic law. A licensed attorney with expertise in religious freedom, church-state, arbitration, and related issues, he received his JD from Fordham Law School, and LLM and SJD degrees in Law and Religion from Emory Law School.  His current work utilizes the comparative study of the Jewish, Islamic, and American jurisprudential traditions to develop new ways of thinking about a range of issues in contemporary American life, including religious freedom, faith-based arbitration, judicial and legal ethics, interactions between religious traditions and secular societies, and legal interpretation and decision making processes and methodologies. 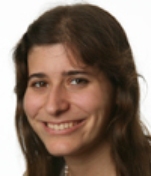 Adina C. Levine teaches in the Drisha Kollel. She is currently an associate at Kramer Levin Naftalis & Frankel LLP, a full service New York law firm, where she specializes in litigation. Prof. Levine received her JD from Harvard Law School, with a focus on comparative law.  She holds a Masters in Jewish Education from Azrieli Graduate School for Jewish Education, with a focus on secondary Jewish education.  Prior to attending law school, Prof. Levine participated in the Avi Chai Program for Advanced Talmudic Studies at Yeshiva University and received her Bachelors in Journalism from Stern College for Women as a Golding Distinguished Scholar. She is an adjunct professor at Touro Law School in Jewish Law, and also currently serves as an adjunct professor at Yeshiva University Stern College for Women, teaching a wide-range of law courses including Constitutional Law, Women and the Law, and Comparative American law and Talmudic law.