Does the Book of Tehillim Tell a Story?


The Annual Stanley Rudoff Memorial High Holidays Lecture Sponsored by the Rudoff family on the occasion of the 29th yahrtzeit of their father, Stanley, of blessed memory.

The Book of Tehillim is traditionally regarded as an anthology of 150 distinct compositions. Is there an idea that underlies the order of these chapters? Does the book's design convey purpose or a story? In this shiur, we will examine the shape of the book of Tehillim, employing a close reading of the language of the psalms in a bid to uncover the book's overarching structure and meaning. 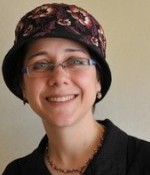 Dr. Yael Ziegler is an Assistant Professor in Tanakh at Herzog College and Matan. She received her BA from Stern College and an MA and Ph.D. at Bar Ilan University. Dr. Ziegler has lectured widely on various Tanakh topics in Israel, the United States, Canada, South Africa, Australia, and Europe. Dr. Ziegler is the author of Promises to Keep: The Oath in Biblical Narrative and Ruth: From Alienation to Monarchy, which has been translated into Hebrew. Her forthcoming book: Lamentations: Faith in a Turbulent World is scheduled for publication by Maggid Press in 2021.