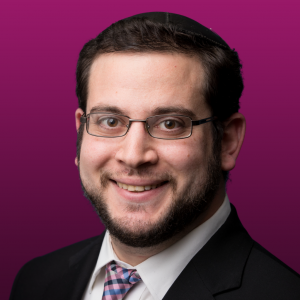 Rabbi Dr. Shlomo Zuckier teaches in the Dr. Beth Samuels High School Program and the Drisha Summer Kollel, as well as other Drisha Programs. A postdoctoral fellow in Jewish Studies at McGill University, he received his PhD in Ancient Judaism at Yale University and was a member of Yeshiva University’s Kollel Elyon. Previously he served as Director of the Orthodox Union’s Jewish Learning Initiative on Campus at Yale University.

Shlomo is an alumnus of Yeshivat Har Etzion and RIETS, as well as of the Wexner and Tikvah Fellowships. He has lectured and taught widely across North America, as well as at Yale Divinity School, Yeshiva University, the Tikvah Fund, and Bnot Sinai. A Founder of The Lehrhaus, Shlomo serves on the Editorial Committee of Tradition and has edited two books on contemporary Jewish thought.