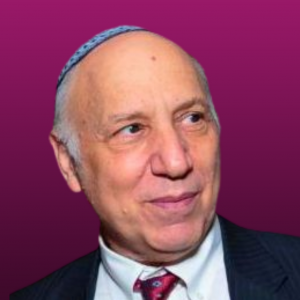 David Silber is the founder and dean of Drisha Institute for Jewish Education in New York and Israel. Rabbi Silber received ordination from the Rabbi Isaac Elchanan Theological Seminary. He is a recipient of the Covenant Award, for excellence in innovative Jewish education, and is the author of A Passover Haggadah: Go Forth and Learn (Jewish Publication Society 2011) and For Such a Time as This: Biblical Reflections in the Book of Esther (Koren Publishers 2017). He is also a nationally acclaimed lecturer on the Bible. Rabbi Silber is married to Dr. Devora Steinmetz. They have eight children and live in Riverdale, New York.